Anxiety, Depression and the Three Levels of Consciousness 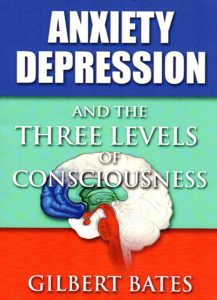 The National Institute of Mental Health in the United States say they are striving to understand the causes of anxiety and depression, and to come up with treatment methods that are more effective. Objective analysis of their efforts must surely conclude they are failing; hence the scale and intensity of their ongoing research.

What they obviously do not understand is that the human brain has three distinctly different levels of functioning. They are the cognition/intellectual level in the prefrontal cortex, the feeling/emotional level within the limbic system, and the sensation level in the brainstem (see front cover).

The current mental health industry is looking at the wrong level. They are mostly looking at the intellectual level and superficially at the feelings/emotions. But anxiety and depression are disorders that originate at the level of brainstem sensations.

Trauma, or lack of love in childhood, is becoming known as a potent risk factor in all mental illness. But lack of love between humans initially damages the brainstem sensations – which then causes dysfunction at the level of feelings and cognition. Not understanding the nature and power of brainstem sensations is the stumbling block stalling the entire mental health industry.

This book explains the framework, interconnectivity and functionality of these three levels of consciousness. More importantly, it describes how Janovian Primal Therapy, accessing the sensation level via this framework, can result in a highly effective, drug free cure for all degrees of anxiety and depression.

Love and the Three Levels of Consciousness 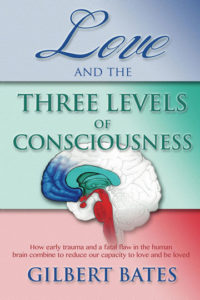 Under the current mental health paradigm the cognitive brain is deemed to be the most powerful part of the human brain, hence most treatment plans for mental disorders focus on this part of the brain only. This book will explain how the brainstem sensations, acting through the power of love, is actually the most influential and intelligent part of the human brain. This knowledge turns a lot of what we think we know about the human condition on its head, and should form the basis of a whole new paradigm in understanding and treatment of mental disorders.

Throughout human evolution the brain can be thought of as evolving in three separate stages.

The earliest and most ancient brain is our brainstem, which deals in sensation only. That means for a long time during our evolution we managed to live by sensing our inner world and responding to the environment we lived in. In other words the internal communication process or ‘language’ of the brainstem is ‘sensation’.

Much more recently, in evolutionary terms, the cognitive (thinking) brain evolved as part of the cortex and is known as the prefrontal cortex. (see the front cover diagram). The cortex as a whole sits like a protective cover over the two earlier brains and the language process of the prefrontal cortex involves thinking such as in logic and planning.

In scientific terms this structure is known as the triune brain. 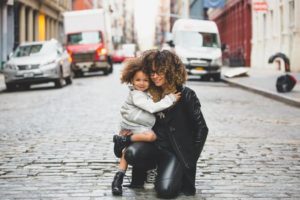 This book will show how early trauma, particularly emotional trauma, is registered as a painful sensation in the lower brain. The need to repress this pain (for survival reasons) from conscious awareness leads to a disconnection between the first to evolve sensing/feeling social brain and the later evolving cognitive or rational brain.

The disconnection between our three distinctly different levels of functioning is proving to be a fatal flaw. It allows humans to function from a cognitive or thinking position without the essential input from the deeper sensing/feeling brain areas where love originates and dominates. In my experience the feeling of love was and still is the force that holds our social brain together.

Importantly the disconnection between brain areas is also the root cause of nearly all mental illness, and the reason why humans have so much trouble relating to each other in loving ways.

Love, Sex & Mental Health: How the brain works, what love is, and how Primal Therapy can open the door to understanding both.

Psychology teaches that the ‘thinking’ part of our brain can change how we act and feel. But psychology is wrong. Sensations and feelings drive what we think and how we act. And this book can prove it.

Primal Theory teaches, and Primal Therapy shows, that it is experiences imprinted into the human brainstem in the earliest months of life that determine a person’s behaviour and thinking for the rest of his or her life.

This understanding provides a new way of looking at many of the issues that impact negatively on human lives.

Primal Therapy, as advanced in this book, throws a revealing new light on love (and the lack of it) sexuality, relationships and mental health (including depression, anger, suicide, addictions and anxiety).

Gilbert Bates was born into a dysfunctional family and suffered a serious mental breakdown at the age of 46. His long journey back to good mental health included him undertaking Primal Therapy at the Janovian Primal Centre in Los Angeles.

This is his story, told in his own words. Come with Gilbert as he answers life’s biggest questions like:

Further reading:
“The Primal Scream” by Arthur Janov (or any of his other many books)
“Facing the Wolf” by Teresa Alexander Shepard
“Reclaiming your Life” by Jean Jenson