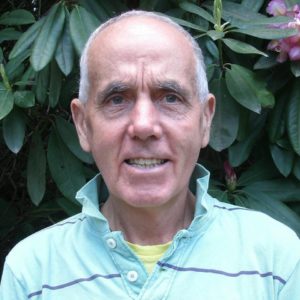 While I was setting up this website I was discussing with a friend what sort of information prospective clients would be interested in, besides the basics of Janovian primal therapy.

He suggested I select a few experiences I remember as being significant and write a little about each. My journey through primal consisted of many different experiences, some very pleasant ones, but also a few not so pleasant. Below is a selection of five from a very extensive list.

1. Suicidal depression was the main reason I entered primal therapy. Although I wanted it out of my life, I gave no thought as to what would replace it. It turns out that when the nervous system represses primal pain, it also represses any good feelings. The repressive system acts globally on the human organism. Removing primal pain from the system allowed me to also start feeling my good feelings, of which love is the dominant feeling. I found that learning to love and to be loved was a separate and reasonably difficult process itself within the therapy. Ridding my body of suicidal depression was an achievement, but having it replaced with feelings of love was a particularly awesome and unexpected experience.

2. The human defence system stops us from letting people get close to us, lest they awake our primal pain. The fact I can let people get closer to me is a real bonus and brings more enjoyment into my everyday life. This is especially so when I interact with my adult children and wonderfully so with my four grandchildren.

3. The physical changes. I had developed a body that had wide hips and narrow shoulders and carried too much weight. During the course of therapy, I felt an incredible amount of muscle tension as the pain was ‘levered’ and forced out. As a result, my shoulders are more square in shape, and I run differently because I am not so tense. Previous to primal I was a regular on the chiropractic bench but have not been since. I still have back problems but gentle stretching usually fixes the imbalance. After dealing with some deep-seated mother issues I dropped 10 kilos in weight without much effort. My physical changes were also an added bonus that flowed from the therapy that I can enjoy every day of my life.

4. Primal pain was and still is by far the worst experience. Previous to therapy I had no idea it even existed, so to encounter it so deeply and so often was a shock to me. Good memories of being a patient and then trainee were the times I could relax with others in a Starbucks coffee shop. We often discussed the fact that we had no idea that we could carry so much pain without being aware of it. The human defence system is very powerful and drives much of humanity’s delusional thinking. Every day of my life I am reminded of primal pain, because it is the cause of mental disorders and humans treating other humans badly, and these things form the stories that dominate newspapers and television programming.

5. This next experience comes from number five of The Seven Stages of Primal Therapy, a research project into the early primal process by Khamsi and Witty. It reads “The person turns inward and discovers a sense of great personal power, and overwhelming compassion, emanating from her centre. She is becoming aware of an inner love and beauty, and she realises it can be shared with others. She begins to take a more active role in her therapy and assumes a new sense of responsibility for her life. She disengages from dependence on others and moves toward self-reliance.” That was also my experience as a patient, and the best part of being a Janovian primal therapist is to witness others growing into a better version of themselves. 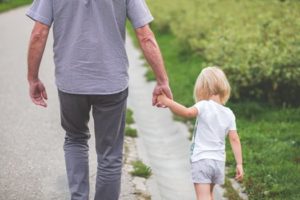