Perhaps the most important difference between the current paradigm in psychology and psychiatry and that of primal theory and therapy, is that primal understands the three levels of brain functioning.

Why is it necessary to understand the brain as having three levels?

Mental health, good or bad, has its origins at the first level of sensation. Many therapeutic treatment plans fail because the most important level is not being treated.

Research is proving that a healthy mental brain is highly correlated with good physical health and longevity. People come to primal therapy for their chronic mental problems and are surprised when the physical body also improves.

Our obvious means of connecting with other humans is through language, but this is really a shallow way of communicating. The deep and meaningful way to connect is through feelings and sensations, but these pathways can be blocked by the presence of primal pain in the system. That is why so many human relationships are dysfunctional.

A hug or touch at the correct time can say a lot more than any words can. Newborn babies ‘sense’ their lives because the level of feeling and then cognition do not develop until later. From an evolutionary perspective our senses and feelings developed long before we had a neocortex for thinking.

Our society places a high importance on a person’s IQ, which is actually only a measure of one level of brain functioning – the intellectual level. But the wonders and joy of life are functions of the feelings and sensations. Love has its origins at the level of sensations. Our human morals and ethics that we needed for our successful evolution are somehow encoded in our DNA and we need a healthy brainstem so that we have access to the best parts of ourselves.

The differing natures of the three levels

The thinking mind, also known as the cognitive mind, is situated within the prefrontal cortex. Its communication method is language e.g. English, French, Mandarin, Arabic. The third level thinking mind dominates human understanding at the present time. For example, all university courses are based on cognitive type knowledge where IQ’s reign supreme.

Mental disorders such as anxiety and depression can disrupt the functioning of the cognitive brain, and the mental health industry are trying to treat these disorders with cognitive methods, when the causes are deeper within the brain.

Situated deeper in the brain within the limbic system. It communicates to the cognitive mind through feelings. It is important to note that feelings have a type of intelligence of their own. Emotional Intelligence, a book written by Daniel Goleman in 1995, was one of the first books to suggest humans had an EQ as well as an IQ. Antonio Demasio also suggests feeling is a separate and important part of being a healthy human. Demasio’s books can be a tedious read, but he is a scientist whose views and research are congruent with primal theory and therapy.

Even so, the scientific community still have a lot to learn about the nature of feelings. The reason for this state of affairs is that cognitive knowledge can be passed between humans by language and the written word. In contrast, feelings give us knowledge through personal experience only. The importance of good primal therapy is that it connects us to the underlying feelings, good or bad, that drive our thinking and behaviour.

The fact that cognitive based therapies and medication that blocks any feeling dominate the medical professions approach to mental disorders, is a reflection of them not understanding the power and intelligence of feelings. Emotions are a common area of discussion but they are not the same as feeling. A starting primal patient may be distressed with overflowing emotions, but it is the feelings that drive emotions that primal therapy is after.

The cognitive and feeling levels of brain functioning are reasonably well known, but underneath these two levels are the sensations, which are generated within the brainstem area. This area is rarely mentioned when discussing mental disorders, but it is the most powerful and influential part of the human psychological brain. This is where almost all mental disorders have their origins. It is the area of the brain that is damaged when we suffer childhood trauma (lack of love). We can also damage each other as adults, and although the action on the brain is the same, we change the name from childhood trauma to post traumatic stress disorder (PTSD).

The brainstem sensations are eventually accessed during primal therapy. It is the place we need to go to feel the original primal pain that was imprinted earlier.

The three levels of brain functioning are not esoteric in nature. A person who attains these levels during Janovian Primal Therapy will be able to experience each level as clearly as night and day. The three distinctly different levels make up the human psychological brain, and to be healthy all three levels need to be able to communicate with each other. But when we suffer primal pain a defence system shuts down the free flow of information, so that the cognitive mind is not overwhelmed by the pain imprinted in the brainstem. But this action also blocks the flow of love, and so we act as unloving human beings.

Primal therapy aims to get around the defence system so that we can release our pain in small, bearable doses. Eventually good primal therapy should re-open the pathways between each level, and then we can return to being our normal loving selves, free of anxiety, depression and all the other nasty afflictions that a strong defence system needs to create to keep us from feeling our inner pain.

Primal therapy lacks scientific verification, but keep in mind that science does not yet recognise the three levels of brain function either. A person I know who underwent Janovian primal therapy had this to say,

That is a big statement but I thoroughly agree with him. The three levels of brain consciousness, with the sensations being the driving force, has the power to radically change our social and economic systems. The current systems do not support the way the human brain evolved, and the result is all the dysfunction you see in the world around you.

Science has the tools to prove the effectiveness of Janovian Primal Therapy, and one of those tools is the study of genetics and epigenetics. The following report, taken from actual research, is an example of the direction science needs to take,

“During the life of a protein there are many points at which an acetyl group may be added to influence function. The dynamic interplay between the writers, erasers and readers of acetylation regulate critical epigenetic and metabolic processes, in addition to other major cellular functions. Acetylation sites are well conserved, in contrast to methylation, where species specific differences exist”

I am convinced that good primal therapy will change acetylation and methylation in specific ways. It is already known that people who suffer extreme childhood trauma carry more methylation on their DNA than normal. It will be a great day for science and the human species in general when scientists can prove the existence of the three levels of consciousness, and then develop tests to understand what therapies are effective in restoring the traumatised brainstem.

“The Archaeology of Mind” Panksepp/Biven (p. 391)   “ We should look among the ancestral, affect-generating mechanisms of the ancient medial subcortical networks of the mammalian brain.” (which is scientific speak for “we should look to our brainstem sensations”). 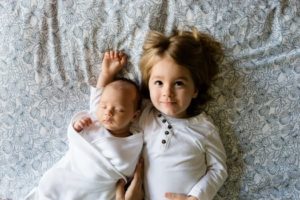